All along the Watchtower...

I decided to change gears and work on some terrain. Specifically the Games-Workshop Warhammer Watchtower. The kit was fairly easy to put together but did require a lot sculpting and green-stuff to fill some of the gaps.

I decided to use a similar color scheme to that of GW's preference. Two others in our gaming group whom have the tower completed, went with a grey/brownish stone look. This way mine would be a good contrast.

The watchtower comes with a smaller "shed" building which I thought would be great to use as a test subject. 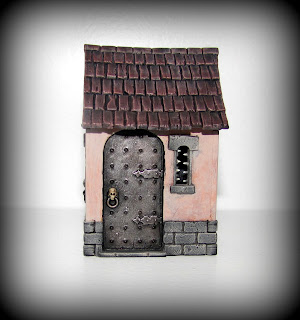 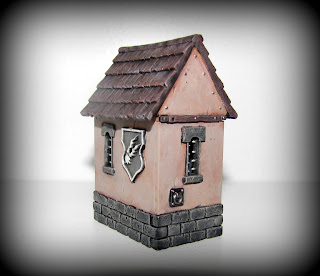 With the pilot out of the way, I was happy with the results and decided to move on to the main tower. 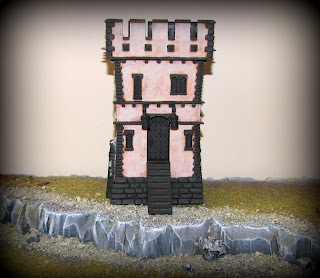 The "wall" areas were base coated with GW Vomit Brown. This was then followed by a wash of GW Gryphon Sepia. Once the wash dried, a dry brush of GW Dheneb Stone was applied. There was a lot of overlap from the dry-brushing which was cleaned up with a reapplication of GW Chaos Black. 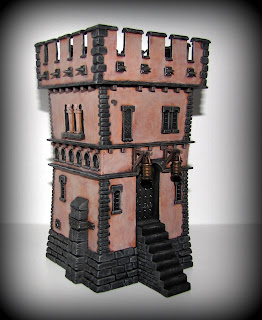 After this was completed I dry-brushed the stone with GW Chardon Granite, followed by a light brush of Dhebed Stone.

I still had a few viewable lines from my "green stuff" areas which I was wanted to hide. Being a watchtower I thought it was only fitting to add some overgrowth to the tower. 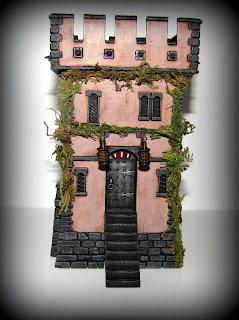 I'm not 100% sold on the look yet, and will probably revisit to to adjust. But I think its a start. Maybe a little more growth around the base and connecting up. 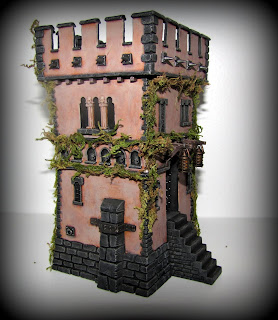 In other news I came across a new ruleset called "In Her Majesty's Name" which I quickly ordered. 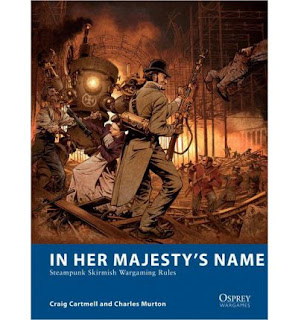 The game takes place in the late Victorian period around 1895 with a steampunk feeling. To quote the game blog site;


"It is a world of heroism, sacrifice and betrayal.  Where the Great Powers, building upon the advances wrought by the success of Charles Babbage’s calculating engines, have advanced faster than one might have thought.  Where ownership of the latest technological marvel might just be the thing to build fortunes, destroy empires and win fair ladies.  Where a few men’s pluck and cunning can change the course of history."

Suffice to say Jet and I are anxiously awaiting the arrival to give the rules a go. With our Chaos in Carpathia collections we would have no problem building a few companies for the game.

As always thanks for reading,

Email ThisBlogThis!Share to TwitterShare to FacebookShare to Pinterest
Labels: Terrain

Tenz
I'm a father of two beautiful girls, a husband to the woman of my dreams. I have a career in the IT field and enjoy painting and procuring war gaming models. I also enjoy the tranquil nature of fly fishing.